Conferences, seminars, trade shows, events – the hype this spring are Social Media events. Most of these are focused on understanding social and what it can do for business, still making the point that it really is good for business. But it is – so why do we keep arguing that point?

There is the travelling road show of SMW – Social Media Week which hit the Nordics last week – and then there is SSMX.

It’s different. It’s owned by the delegates and it’s as flexible and unpredictable as a friendly amoebae – constantly evolving. These people – and the rest of us – are here growing as a professional, growing our business, growing our influence by sharing what we do with others. Very social.

Sessions vary from a heavy focus on technical innovation to practical examples to workshops where we sit in a circle and discuss and challenge each other. All sessions are initiated and run by the delegates themselves. Many of them filmed on the spot to share with those not there – take a look at some of them, you will be inspired.

It’s a myth that the social innovator scene is dominated by young geeks and nerds. I attended a session at SSMX with @johanlange who wrote the book LUCKc taking lean one step further. Once again, one session evolves into a continued exchange, and I will now attend his follow up breakfast sessions in Stockholm discussing out of the box leadership.

It’s a myth that social enthusiasts are techies only. I attended a session with @johansbuzz showing just how significant the social presence is in times of crisis by example of the labour union’s perspective of the negotiations with the employees last fall that led to the agreement that kept Scandinavian Airlines flying – at a time where the ultimate worst case was bankruptcy. If you understand Swedish, there is a recording of the session

We had an interactive session discussing social customer service by example of airlines. 40 people in the room contacted airlines via three different channels

Before the session Datasift.com  had analysed 100,000 tweets to/from 33 different airlines to check how responsive they were.

The same winner emerged during the experiment: it took KLM 28 minutes to respond with a qualified/useful answer to the Facebook post. (More on this study and results/experiment in an upcoming blog. Lots of data to analyse.)

What is SSMX – and these unconferences – and how to fertilize innovation?

Try googling SSMX or look it up on Twitter #SSMX (once you learn to ignore a less favourable ongoing Twitter conversation in Japan which had a completely different, and definitely not business facing use of the tag).

People share pictures – don’t we all. Here are some nice ones that are truly artistic by @deeped 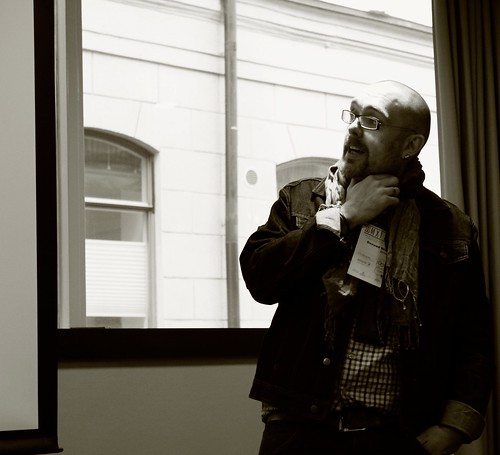 But they share content, reflections, discussions, presentations, feedback, research and already now feel inspired thinking about how to contribute to the next major sharing event in this community. There are similar unconferences happening across the Nordics, as an example the WebCoast

… in Gothenburg taking the conference out into the region.

Sweden is a big  country with long distances to travel, and not everything happens in Stockholm. Another not to be missed social innovation event is happening over a weekend on an island off the southeast coast called Tjärö. Bring your tent, and beware of the sheep

I'm all about disruption in a digital age - focus on digital, #IOT and space, the final frontier. As a marketing professional with a strong background as industry analyst and journalist I try to make sense of it all.